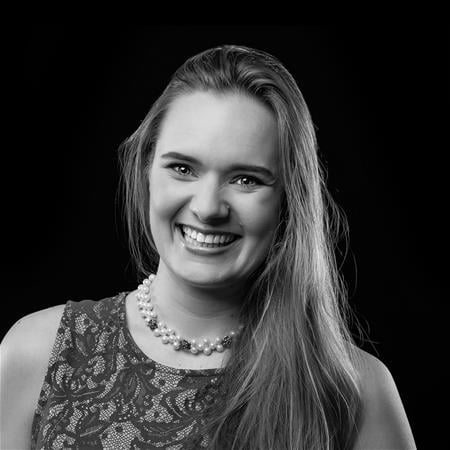 On Friday the 22nd of November, S&P Global Ratings (S&P) confirmed South Africa’s (SA) BB credit rating but shifted their outlook from stable to negative. The reasoning in their report related to the lack of growth in South Africa’s GDP as well as the government’s increasing debt pressures, with specific mention of Eskom. S&P’s detailed feedback can be found here.

Based on S&P’s rating scale, the BB rating is below investment grade (blue line), these entities’ debt issues are often referred to as junk bonds or high-yield bonds. By their own definition, S&P regards BB rated entities as those which face, “major ongoing uncertainties or exposure to adverse business, financial, or economic conditions that could lead to the obligor's inadequate capacity to meet its financial commitments on the obligation.”


"A further downgrade from Moody’s would see SA regarded as junk by all three agencies, therefore triggering SA’s exclusion from the FTSE World Government Bond Index"


Although the review from S&P is important, they are not the only rating opinion that needs to be considered. The three major ratings agencies, S&P (light green), Fitch (dark green) and Moody’s (red), need to be measured together. Currently both Fitch and S&P regard SA as sub-investment grade, whilst Moody’s has held SA on the cutoff line. A further downgrade from Moody’s would see SA regarded as junk by all three agencies, therefore triggering SA’s exclusion from the FTSE World Government Bond Index (formerly Citigroup’s World Government Bond Index). The threat of this trigger has many investors concerned about significant outflows from the SA market and the resultant impact on the rand. 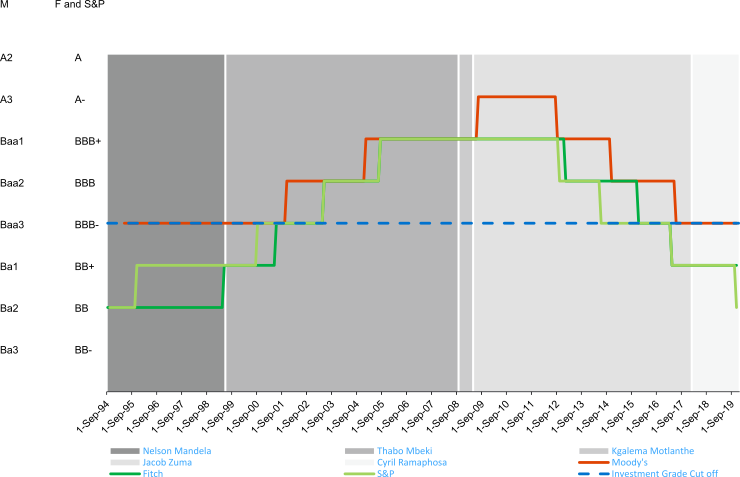 It is not the first time in SA’s history that the long-term issuer credit rating (foreign) has been in junk status territory. In the post-apartheid era leading into the early 2000’s, SA held junk status. During Nelson Mandela and Thabo Mbeki’s leadership terms, SA bonds slowly but surely built up their status to investment grade, reaching their peak rating of BBB+ in mid-2005 from S&P and Fitch followed by Moody’s A3 rating in July 2009. Sadly, consistent downgrades were seen throughout the Zuma administration, once again sinking SA into junk status by two of the three ratings agencies. Last time it took SA 6 years to be regarded as investment grade by all 3 agencies, further research, found here, estimates and average of 7 years to return to the investment grade.

All three ratings agencies maintain that strict management of the budget, taking control of the rising debt situation, combined with credible and enforceable growth plans to improving the budget deficit are required for SA to start the process of climbing back to investment grade.