The effects of retrenchment on financial well-being and retirement insecurity

Laurie unpacks South Africa's numbers and why this puts the country in a very unique position as an emerging market. 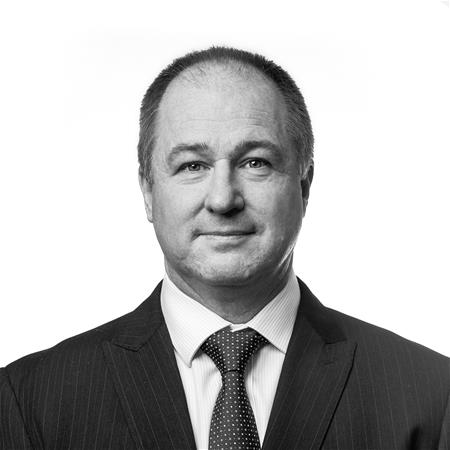 The South African pension industry is worth an estimated R1.8 trillion. A further R1.6 trillion resides in the Government Employees Pension Fund. These numbers place South Africa in a very unique position for an emerging market.

Unfortunately, the effects of COVID-19 on our economy will have devastating ramifications on the retirement security of many South African households. Most individuals will expect to work until age 65 or beyond and would expect to substantially grow their required retirement nest-egg in the last 10 years of employment. However, poor market returns for the past five years and the threat of retrenchment or forced early retirement for many employees poses a significant risk to their retirement security.

According to Stats SA, the official unemployment rate is 30.80% at the end of the third quarter. The reality, however, is far worse: on the expanded definition of unemployment, the unemployment figure is a staggering 43.1%. The number of unemployed people rose by 2.2 million to 6.5 million between the second and third quarters in 2020. The sectors most severely impacted by the lockdown include construction, manufacturing, hospitality and tourism, private transport workers, personal service workers and retail.

The South African economy shrunk by 51% in the second quarter (annualised) to record the worst decline in over 100 years. The year-on-year decline is 17.1%.

The effects of retrenchment on both the employee and his or her broader family have far reaching implications. Many retrenched individuals will have immediate financial pressure in terms of meeting commitments such as school fees, health care, retaining short term insurance cover and life policy premiums, to name but a few. They will battle to service debt payments, including home loans and car repayments. Parents unable to meet their children’s post matric, college or university fees will jeopardise the future of the next generation.

Retrenched individuals my suffer depression and even anger towards their former employer. This can manifest into further psychological and emotional conditions that affect the whole family.

Financial advisors tend to run complex models to determine the capital sum required at retirement. However, in the absence of a complex model, the general rule of 20 can be used. How this rule works is that if you retire at 65 and expect to live to age 85 - you require 20 years of income. So, if your monthly budget is R50,000 - you are required to have a capital sum of R12,000,000 at retirement.

Using the example of Peter who has saved 15% of his salary since age 25 at an average growth rate of 9% p.a. At the age of 60, Peter’s salary is R90,000 per month and he has R9.3 million in his retirement fund. Over the next five years the retirement fund will grow to R15.3 mil and Peter can expect to receive a pension of 75% of his final salary, escalating by 5% p.a. for 20 years.

However, should Peter be retrenched at age 60 and is able to cut his costs to 75% of his salary – by the time he is 65, his retirement fund would have declined to R8.99 million. At this stage his pension would be 10% less than his original pension income. The next 10 years would deplete his retirement savings and Peter would be destitute for the remaining 10 years of his expected life.

Now consider his financial position if he were to be retrenched at 45 and still had young children to raise and educate? There is no question that the financial impacts of retrenchment are absolutely devastating to anyone who is not able to find employment soon after retrenchment.


This article was published online publications including Money Marketing, HR Pulse and Future Wave Business IT

I have had to take early retirement: What are my options?

Investment properties: should I pay cash or make use of a bond?