Buckle up for the bumpy ride ahead 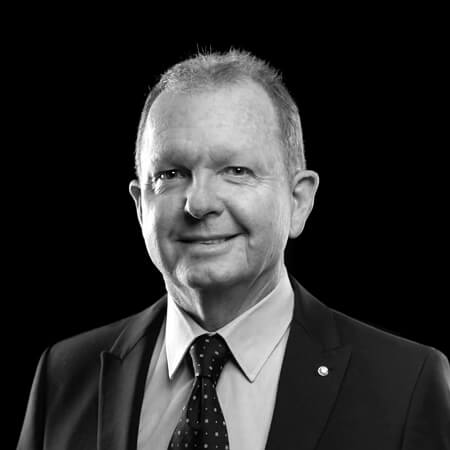 The South African Reserve Bank recently raised interest rates for a fourth consecutive time as it moves to try and stabilise the economy from historical lows in the repo rate and growing inflationary pressures. The broader context is one of almost unprecedented spikes in global and domestic inflation driven by weakening economies, rising fuel, food and energy prices and the protracted conflict in Ukraine causing wide scale supply disruption.

After its most recent gathering the Monetary Policy Committee (MPC) raised the repo rate by 50 basis points to 4.75% in May and many suggest rates will continue to rise. Just for context - this was the biggest jump in the rate in more than six years and a clear reflection of the Bank’s growing alarm as spiralling fuel and food costs push consumer price increases closer to the top end of its target inflation range.

As petrol hovers at R24 per litre with further increases on the horizon, stopping at your local garage to fill up the tank has become a painful experience. The collective groan of consumers at the pump and supermarket tills is now almost audible as the ravages of inflation start to bite. As the indomitable Iron Lady Margaret Thatcher once said, “Inflation is the parent of unemployment and the unseen robber of those who have saved.”

Post the last rate hike Reserve Bank Governor Lesetja Kganyago said the Bank had a responsibility to respond to the challenges the economy is facing and to take appropriate measures to protect consumers from the ravages of rising inflation. “We have a responsibility to curb inflation because inflation is eating into the incomes of the working people in SA. We have to live true to our mandate”.

The higher repo rate means more pain for already under-pressure consumers, especially those with credit cards, home loans and car financing who will now be required to pay more to service their debts. These trends are emerging at a time of already growing distress amongst consumers. Total outstanding consumer debt in South Africa is estimated at a staggering R1.97 trillion, with three quarters of that being home and vehicle loans.

It is these home and car loan consumers that are likely to feel the brunt of inflationary increases the most as salary increases are unlikely to match the rising cost of living. As the cost of debt servicing goes up the typical behavioural response for many is to turn to credit facilities. Credit cards get tapped and swiped more than usual, limits get pushed and the high inflation/high interest environment starts to become a spiral. The net result is inevitably higher default rates which prompts credit providers to roll down the lending shutters as the market becomes more distressed. Its messy and painful and why Ronald Reagan once famously described inflation as being, “…violent as a mugger, as frightening as an armed robber and as deadly as a hit man”.

South Africa is not alone in walking the tight rope of balancing inflation expectations and simultaneously trying to avoid stifling an already fragile post Covid economic recovery.  The US Federal Reserve raised its benchmark interest rates three-quarters of a percentage points on 15 June in its most aggressive hike since 1994 and other Central Banks in the UK, India and Australia have followed a similar trend. The Russian invasion of Ukraine continues to disrupt supply chains globally and inflation sensitive goods such as edible oils, cereals and industrial equipment remain in short supply.

So, whilst we absorb the impact of inflation it is also worth recognising the significant responsibility resting on the shoulders of the Monetary Policy Committee Members – the people entrusted to make the big calls on monetary policy within the eye of the storm. The  Governor (Lesetja Kganyago), his three Deputy Governors (Kuben Naidoo, Fundi Tshazibana and Rashid Cassim) and the Head of Economic Research (Chris Loewald) are at the helm of making policy decisions that are data dependent and sensitive to the balance of risks of de-anchoring inflation expectations. No pressure!

The likelihood is that things are going to get worse before they get better as the inflationary storm still has some time to run.

Seat belts on. It will be bumpy.

The market has crashed. Now what?

Keeping your head in times of crisis